On Sunday, February 4th, 2017, the world was tuned in to their televisions. It was the 3rd quarter of the big game. Just as you thought the game was already over and were getting ready to look away, it happened…. Eggos. Yes, the long anticipated trailer for the second season of Netflix’s hit series Stranger Things appeared. If you haven’t seen the trailer yet, watch it here. If you haven’t seen season one yet, what’s wrong with you?

So as we know from season one, Stranger Things gives a lot of nods to sci-fi films and shows of the past, and amongst the most prominent of those are the works of Stephen King. King himself tweeted:

Some of the more obvious references to King’s works throughout the show are Eleven’s resemblance to Carrie, a good bit of plot taking place on the railroad tracks as in Stand By Me, and the Upside Down’s resemblance to The Mist. It is the latter of these reference that I feel will give us our best glimpse into season 2’s plot. Take a look at this screen cap from the trailer of the big monster, and then compare it to the next screen caps of the Behemoth from The Mist movie.

The Unknown creature from the ST Trailer 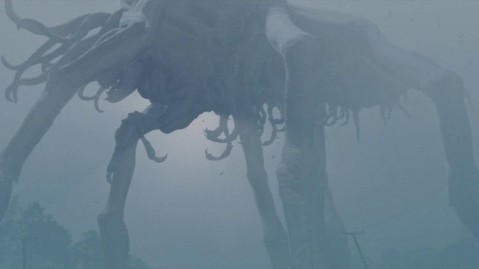 Behemoth from The Mist

Cover to The Mist

Other than looking eerily like a cross between the Behemoth and Doctor Octopus, there is further evidence that the two are linked. 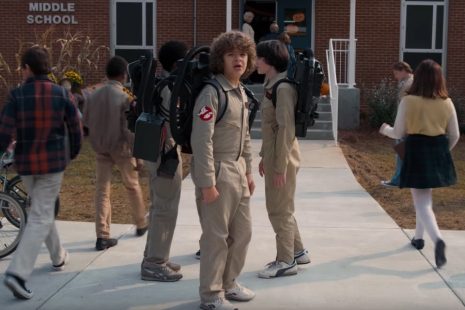 Another clip from the trailer shows the boys dressed up as the Ghostbusters. The film Ghostbusters was release in June of 1984, so we can assume that the boys are dressed up for Halloween and that the season will take place at some point in late Fall of the same year. Stephen King’s book, The Mist was also published in 1984.

This creature is not the first reference to The Mist either. A lot of the vibe and aesthetic of Upside Down resembles a dense, darker version of our own reality. Other famous works such as the game Half-Life have imagined parallel dimensions and cited The Mist as a primary influence. The popular video game and movie series Silent Hill also draws heavy influence from King’s work and even included a flying pterodactyl as a main antagonist as in the original work.

As of now, this is all speculation. I will revisit this post when Stranger Things season 2 drops on Netflix later this year.

One thought on “Is Stranger Things 2nd Season Based On This Stephen King Book?”