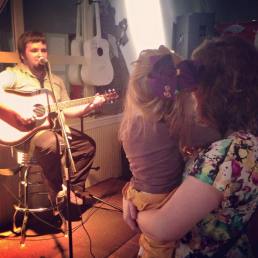 Music is the language that speaks to everyone. With Mississippi being the home of the blues, you can count of Natchez delivering some of the best local music around. Almost any night of the week, you can stop in a restaurant or bar downtown and enjoy the serenades of a local musicians. One of my favorite things to look for is an open mic night, because that’s when you really get to see all of the up-n-comers show their stuff. One of my personal favorites to look out for is the group, Speak Easy. Some of the best places to go for live music are: Bowies Tavern, Rolling River Bistro, and Biscuits & Blues.

A great source to find out who is playing near you is the Facebook Group, Natchez LIVE Music. Their link as available here. 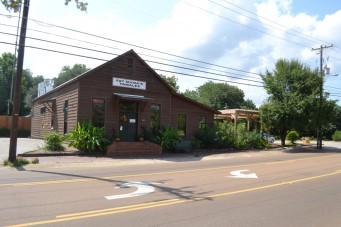 A classic eatery, Fat Mama’s is staple to life in Natchez. Home of the Knock-You-Naked Margarita, Fat Mama’s embraces the spicy side of life. Walk in to the sounds of Margaritaville or enjoy the shady porch, but either way get a cold drink in your hand and order a half dozen tamales or a gringo pie. Other notable dishes are the Natchez Nachos, the Ham and Cheese Poboy, and the Fire & Ice Pickles.

Fat Mama’s is one of the many great examples of Natchez that is both a tourist attraction and a local hangout. Their collectable cups occupy the kitchen cabinet of every resident in town. Be sure to also look for the Fat Mama’s Hot Tub and take your picture relaxing while getting knocked naked! 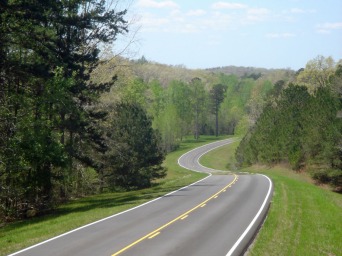 Dating back nearly 1,400 years ago, the Natchez Trace began as a series of trails used by the Natives for hunting and evolved into a major highway connecting Natchez to Nashville, TN. The Natchez Trace was once one of the most dangerous roads in America. Due to heavy foot and wagon traffic, the trail actually sank up to 15ft into the ground at some points, giving robbers an ambush advantage over the unsuspecting passerby’s. Today the Natchez Trace is a smooth drive that is free of commercial traffic and speeding cars. One of my favorite memories as kid was piling into the car with my sister and parents and carefully driving parts of the Trace at nightfall to see how many deer we could count. That being said, please be extremely careful of deer and other wildlife on the trace. The abundance of wildlife crossing the road is the reasoning for the speed limit being set so low. 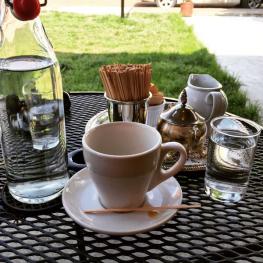 This is one of my personal favorites. Steampunk is new to Natchez, but has already been embraced by many locals, including myself, as one of the best parts of downtown. Located on the corner of High St and Canal, this little shop captures the rustic feel of small town life. The building and location are nothing compared to the quality of coffee served inside. Dub, Robert, and the gang are coffee guru’s. These master craftsmen and craftswomen have travelled the land collecting the best beans, perfecting the best methods, and pour the best cup of coffee to ever grace your pallet. I recommend trying the El Pecan as your first cup. If you’re feeling something sweeter, ask for a latte and be sure to have your camera ready, because the foam art is Instagram worthy. Another great drink to try is an espresso based beverage called the Shakerato. it is a small, cold glass of espresso mixed with simple syrup to create a tasty concoction that settles just like a Guinness. If you can’t remember the word Shakerato, just ask for “that Guinness-like drink that Mike never shuts up about”. 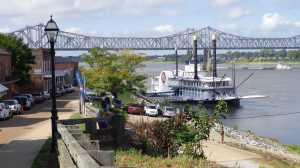 From the notorious Under The Hill Saloon to the grilled delicacies of the Magnolia, Natchez Under the Hill is a staple to local life and tourism. Once occupied by dozens of steam boats, a horse racing track, and the dirty river pirates of times long past, the half mile stretch of land now holds some of the town’s best restaurants and one of the most well known bars. One of the better parts of Under The Hill was actually first introduced just a few years ago. The city build a walking trail that connects Silver St to Roth Hill. This trail is quite the hike, so be sure to bring some water, but the trek is worth the sweat to see unique vantage points of the river and read about the natural history of Natchez at the many signposts along the way. 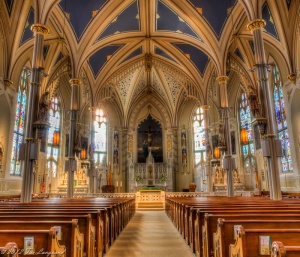 If we are known for anything, it is our plethora of architectural wonders. Natchez once home to more millionaires than anywhere else in the world, and due to our quick surrender during the Civil War, we have the buildings to prove it. Many antebellum mansions can be seen from the roads as you drive through town. Some of the most famous ones are Dunleith and Monmouth (now luxury hotels), Rosalie (site of the first establishment in 1716), and Longwood (an octagon house who’s interior remain unfinished). Aside from the antebellum mansions, downtown Natchez boasts hundred of beautifully crafted Victorian homes. Some of the most glorious buildings in Natchez are our many places of worship. Trinity Episcopal, First Presbyterian, Jefferson Street Methodist, Temple B’Nai Israel, and of course, St. Mary Basilica are all popular tourist stops and also still open for weekly services. 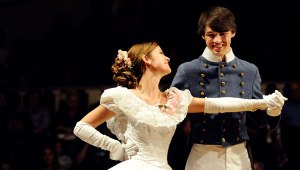 To local children, the Natchez Tableaux is a word that strikes fear into your heart. Pageant Season means you are forced to dress in silly clothes and prance around like a fool on parade. As you get older though, one starts to appreciate what all the pageant means to you and your town. In my own personal experience, I loved dressing like a confederate officer and dancing the soiree with beautiful girls in hoop skirts. I even came back my first year in college to serve as a general on the pageant court.

For those of you visiting from out of town, The Natchez Tableaux is a production composed of hundreds of local volunteers that presents the rich history of Natchez through song, dance, and narratives. It opens with the European settlers meeting the Natchez Indians, continues to the fun filled times of the Showboat era, touches on the dark history of the slave trade, and ends with local men marching off to serve in the Civil War. Locals start off in the pageant as children in the Maypole and work their way up through different roles. Throughout my life, I played a maypole dancer, wheel roller, fisherman, Soiree dancer, showboat piker player, flag runner, and Confederate General. This event is must see for anyone planning to visit Natchez.

From the Pow-Wow in April, to the great Balloon Races in October, there is always something to look forward to in Natchez. It is a stigma of the south to think that you have to live in a big city to have some entertainment, but that simply doesn’t hold up here in the Little Easy. Our town prides itself on tradition and we always have something we want to show you.

Angels On The Bluff in November takes you on a tour of the historical city cemetery featuring actors portraying some of Natchez’s most interesting characters of times long gone. Mardi Gras is February’s big event, and the Natchez Tableaux takes up all of March. These are just a few of our bigger events, but be sure to pick up a copy of the Natchez Democrat to see what all there is to look forward to while you’re in town. Events are also regularly updated and advertised at www.visitnatchez.org. 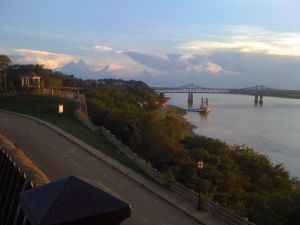 The lifeblood of Natchez, we would not be here if not for the mighty Mississippi. The great waters have shaped out town into what it is today. The river was once the largest highway in the nation, carrying goods from one side of the country to the other faster than any other route at the time. Every drop of water that lands between the Rockies and the Appalachian Mountains drains into the Mississippi and drifts by our front door. Standing on the bluff and looking out over one of the largest rivers in the world brings a sense of awe and wonder to those that behold it. The river continually gives Natchez and undeniable connection with Mother Nature and commands out respect, for the river knows no boundaries and is just as dangerous as it is beautiful. 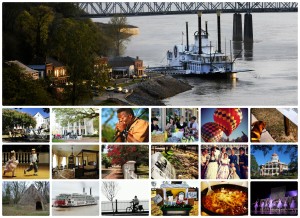 Natchez is more than a melting pot of culture, it is a big ole’ pot of gumbo. Natchez is composed of three main groups of people: those born here, those that moved here, and those that visit here. Natchez embraces every color, culture, and cuisine that enters our grand city. The diversity of our town is what has allowed it to survive nearly 300 years. The Native Americans started the settlement and left behind beautiful ceremonial mounds, artifacts, and blazed the trails that evolved into many of the roads we still travel today. French, Spanish, and English settlers saw the importance of the area and established the first European settlement on the river. The African-Americans endured the horrors of slavery and built Natchez into a hub of music, food, business, and art that influences every aspect of life today. Other minorities have found Natchez to be a town of opportunity as well, capitalizing their cultural influence into some of the most successful restaurants and business in the town. Natchez isn’t just for one kind of person; it is for everyone. So come see us, kick off your shoes, let us refill your sweet tea, and become a part of something special.